Welcome to the Donvale Football Club!! 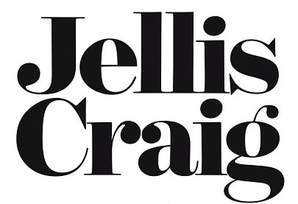 <
>
​Premiership Coach Matt Fife returns to lead our club in 2018. Having delivered a 4th division flag, "Fifey" is determined to help Donvale continue on our path to further and sustained success. We are delighted that Matt's leadership on and off the field will continue to drive Donvale in season 2018.

Sam D'Argenio returns to Donvale to take charge of our Reserves. "Darge" became a much loved figure at Donvale when he led our Under 19s to the 2016 premiership. Sam's coaching that season was recognised with the award of Eastern Region Young Coach of the year. He has spent the past year living and working in the Northern Territory as an AFL Development Manager where he made an enormous contribution to the game and to the communities with which he worked. Darge will help our whole club, as well as leading the Reserves, and we're delighted to have such a high quality person back at Donvale.

We are excited to welcome Scott Hamilton to Donvale as our Under 19s coach. Scott joins us from Blackburn Football Club where he has been a long time junior coach and made a major contribution to Blackburn's junior and Under 19s football program. In 2017, Scott was an assistant coach of Blackburn Under 19s. Scott is a terrific leader and mentor and will bring direct "first division" experience to Donvale.
Having taken our Under 19s to the 2017 flag, Kevin Collins has decided to hang up his whiteboard and whistle from coaching an individual side. He will instead take the role as coaching director for our entire club. Kevin will act as a mentor and advisor to all the coaches at Donvale; Seniors, Womens, Junior boys and Junior girls.
After leading our Reserves from the bottom of the ladder to a Grand Final, Daniel Michelangeli has also chosen for now to step away from directly coaching a side. Daniel will remain the List Manager for our senior club and additionally will take on responsibility for Player Welfare. Daniel will remain an active leader throughout our club and we look forward to his continued positive energy and impact at Donvale.

The objective of the Donvale Football Club is to ensure it plays a major role in the local community by helping develop junior football in the area and establish one of the most successful senior teams in suburban football. An integral part of the Donvale Football Club is the support of its members and sponsors and we would like to thank you for your valuable contribution you all continue to make to our great club!
We are pleased to confirm some wonderful benefits provided by our sponsors to Donvale members. Show your Donvale membership card at the following local businesses to get some great deals. ​These deals are for the benefit of members and are additional to the great support sponsors provide our club directly.
© 2022 Donvale Football Club | All rights reserved | Website tackled by Pufferfish Marketing